This morning was really cold and windy but I was cozy and warm in my apartment. Even though I moved in this week, all my furniture is in storage as I wait for renovations to start and end. I have my sleeping bag and lawn chairs and that’s pretty much it. It reminds me of camping. When I say camping I mean sleeping in a tent that took an hour and some frustrated cursing to put up.

I love camping! I love being out in nature (even though I’m allergic to most of it), cooking over a campfire and scaring myself silly by letting my imagination run wild at unknown sounds in the dark.

One of the last times I went camping I brought my pug, Buddy, who couldn’t see the forest for all the trees he had to pee on. He had to hike his leg on every single tree and it wasn’t until later that I realized his bladder was totally empty but he kept on going through the motions. I had to rein him before he became seriously dehydrated.

Most parks have bathrooms and Big Bend National Park has some really nice ones. But I did see something outside the bathroom that still gives me the heebie jeebies. A nest of Daddy Longlegs! There had to be hundreds of these opiliones in a cluster right outside the bathroom door and they were pulsating. When I went back before going to bed they were no longer there! I had never wanted the power to fly or hover more in my life because I knew those little spiders were crawling everywhere.

My night didn’t end there. As I was safe in my zipped up tent and warm in my sleeping bag with my protective pug by my side – in the sleeping bag because he was extremely spoiled – I heard something outside. Bud came tearing out of the sleeping bag, stepping all over my face and arms to bark at what ever was outside the tent. The way he was barking you would think it was a bear but no, it was raccoons. Everything was tucked in ice chests and other things that were raccoon proof. However, the next morning I found out nothing is truly raccoon proof. The raccoons were able to get in to the ice chest and they took the locked egg case. Buddy found it a little way from our campsite and the contraption that promised it was raccoon proof was now laying open and all the eggs were gone.

All in all it was a great camping trip and I love that my current apartment situation has brought those fun memories to the surface again. Plus, it makes me really thankful for take-out, kitchen appliances and spider-free bathrooms!

Oddly, all that was better than the one time I was in a Mississippi state park where I slept in a cabin only to wake up covered in mice. But that’s for another blog post. 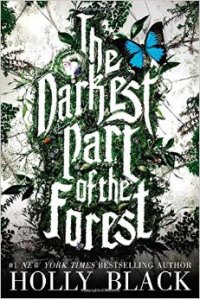