There is always a war raging in my head when a book is turned into a movie. Will it live up to my imaginings? Will they get the drama, comedy, etc. right? How much will it change? I feel a lot of angst when going to see a movie based off a book I really loved.

However, I really enjoyed The Hobbit

book and I really like the movies – The Hobbit: An Unexpected Journey

, The Hobbit: The Desolation of Smaug

– as well. I like seeing how some of the characters have changed or developed to bring more drama and comedy to the movies. There were so many characters in the book that I felt there wasn’t enough time to get to know them.

Don’t get me wrong some of the scenes in the book were so much better than in the movie; such as, when they get stuck in the woods with the giant spiders. We can see more of Bilbo’s challenges and his desire to help his new friends. And let’s not forget about all the songs!

The ending of the book was perfect and I felt the same as Bilbo and Gandalf as they made their way home. There are a few parts of the ending I hope they change in the movie though, especially since the characters in the movie are such good eye candy. Yeah, I said it. Some of those dwarves are hotties! 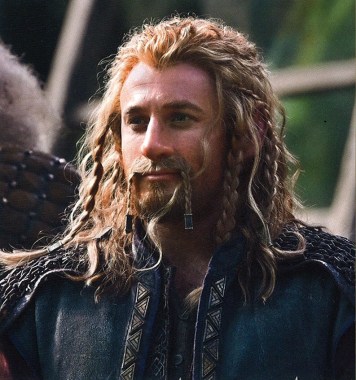 This last movie has even more meaning for me. My father died in October 2012. In honor of our’s father’s December birthday, my brother and I always go see a movie together. My dad loved going to the movies and it was tradition to see one on birthdays. My brother and I have seen the previous Hobbit movies on dad’s birthday. This will be the first time since my dad’s death that I will not be with my brother watching the last Hobbit movie. The Hobbit: The Battle of the Five Armies will be bittersweet in more ways than one.